It's the tale of the traveling dumplings this month! We’ve been serving up our potstickers at private events all over the Bay.

At Food Tech Connect’s “Rethinking CPG” event, we served pan-fried potstickers to 200+ delighted guests. There’s nothing like that cloud of steam-sizzling sesame oil and chives to attract a crowd.

One moment stuck with me amid the blur of happy eaters. A blonde woman exclaimed to me, “I would eat dumplings every day of the week, but they always make me feel disgusting!” as she grabbed one of my potstickers.

She said it smiling, and conspiratorially, as if she expected me to agree with her. It was like she’d slapped me in the face. Your dumplings are a guilty pleasure, but we both know they're bad for you.

Why is Chinese food a "guilty" pleasure?

For those of us who grew up with Asian comfort food, it's not so simple as an occasional indulgence. It's literally hard to imagine going very long without eating dumplings. It's a staple, like rice or noodles.

Later this week, I had tea with my friend Paloma, who's Asian, at Stonemill Matcha. She confessed, “I want to eat healthy and clean, without additives, but then I always end up eating dumplings and then I feel disgusting afterwards."

I won’t belabor why these sentiments are far less okay coming from a white woman as she is served by a foodmaker of color, than in a confession between two Asian friends.

But it was a too-similar refrain - while dumplings are irresistible, Chinese food in America is perceived as incompatible with eating healthy and feeling good.

Do I have to compromise my values to eat my culture?

Let's combat the narrative of guilt and shame Asian-Americans feel around our cultural foods.

Chinese food is framed as unhealthy by default in America. To which I say: Don’t get it twisted. Chinese home cooking is nowhere as unhealthy as the Americanized dishes that Chinese people modified into American fast food to make a living.

There's a history of Chinese people having to run takeout diners (one of only a few professions they were not excluded from), catering to white Americans with heavy palates expecting cheap food in large volumes. Separate post on this coming.

Someone who believes Chinese food is unhealthy probably has never had a Chinese relative cook for them. I look at our pasture-raised pork and chive dumplings, raised by organic farmers without one iota of toxins or chemicals. I think about the single-source sesame oil and soy sauce that make the filling fragrant. I think, damn, that’s balanced, healthy, and nutrient dense dish. 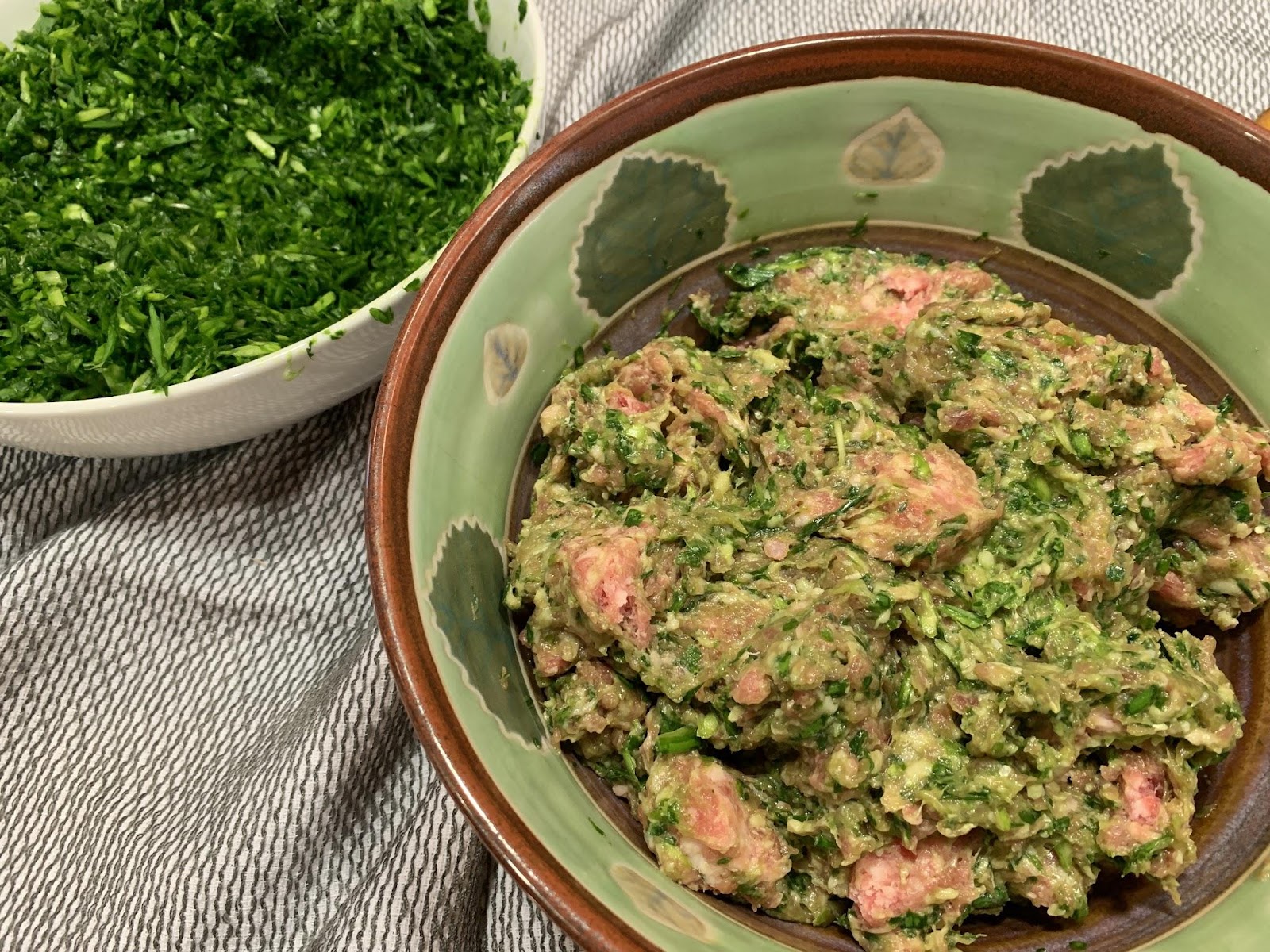 But what about the carbs?

But dumplings have been around far longer than refined flour, glyphosate, or additives. I’d love to see more ancient whole grains reincorporated into our food.

We can look back to ancestry for inspiration, and we can also evolve forward. My mom loves throwing multi-grain mixes into our rice cooker. My 74-year old aunt in Cupertino makes the silkiest congee with red quinoa. To say nothing of our rich tradition of Cantonese medicinal soups, from which well-known herbs keep trending as "new" superfoods.

Our friends Kevin and Rum at @immi.sf are already challenging the narrative that Asian food equals compromising farm-to-table values, or cheap carbs. They include Capay Mills whole wheat flour in their popup’s dumplings, and Tartine’s levain in their long life noodles.

We are joyfully following in their steps!

Mala long life noodles made with Tartine levain, by immi.sf.